Before I started learning to fly, I had an aviation blog in Portuguese on this website. I then started to document my flight training with blog posts and inflight cockpit videos.

Since I recently decided to convert this website to English, I thought I should convert those blog entries and make them available here as well.

The video from this post was recorded on September 5, 2012, around six o’clock on a Wednesday evening. The weather was looking beautiful, and the sunset view from the cockpit was really cool!

On this first flight training, my instructor performed the takeoff and landing, passing the controls to me afterwards. We also had a passenger in the back seat – another flight instructor that was observing the training.

Taxiing the airplane can be quite a challenge in the beginning! If you are used to driving, it feels like you must steer the airplane with your hand when you are on the ground, but that’s not how it works! Taxiing the airplane requires you to use the rudder pedals with your feet. I found myself moving the control stick several times trying to make the airplane to go the right or to the left. I have heard that some instructors have their students sit on their hand to get them used to the idea of using their feet to control the airplane. With time it becomes very natural, trust me!

After taxiing the airplane to the runway we performed airplane checks and configurations by following the run-up and pre-takeoff checklists for the Diamond DA-40. If you are curious to know the items for these checklists, they are:

With these checklists completed, we departed for my first flight training, which consisted of explanation and practice of basic flight maneuvers. These included reading the airplane instruments, right turns, left turns, straight-and-level flight, and climbs and descents with turns to to the left and to the right. There is a lot to pay attention to, and a lot to learn. On the first flight everything was overwhelming and great at the same time. I loved it!

I remember thinking that at first things looked somewhat easy, but they got a bit complicated during practice. It gets much better with time! One of my challenges in the beginning was to keep the airplane flying level. I had a tendency to keep climbing when I was supposed to stay at a certain altitude. This was the first flight training though, so there was plenty of opportunity to get used to all the new things being taught to me.

And this was it for the first Private Pilot flight lesson! Soon I should be posting more videos and commenting my progress as I trained to obtain my pilot’s license. Until then… fly high, fly safe! 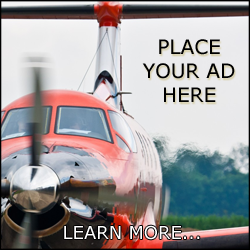